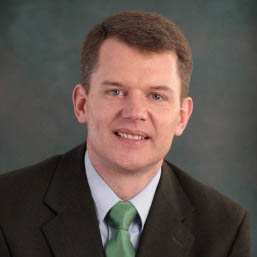 Represented by John Pickerill, Board Treasurer

Mr. Pickerill graduated from Purdue University in 1991 with a degree in physics. He was commissioned an officer in the United States Navy that same year, and upon commissioning he was accepted into the Navy Nuclear Propulsion Program. He served aboard the nuclear submarine USS SPADEFISH (SSN 668) where he spent most of his time as a shift engineer overseeing the operation the ship’s nuclear power plant and its 9MW electrical service to the ship. Mr. Pickerill also managed all of the maintenance and personnel for the power plant’s mechanical systems. In 1996, he was certified as a chief nuclear engineer by the Office of Naval Reactors.

Mr. Pickerill and his family reside in Pueblo West. His wife, Marie, is a faculty member of Colorado State University Pueblo. When not busy with work and school he and his family enjoy hiking, camping, and skiing in the beautiful Colorado outdoors.