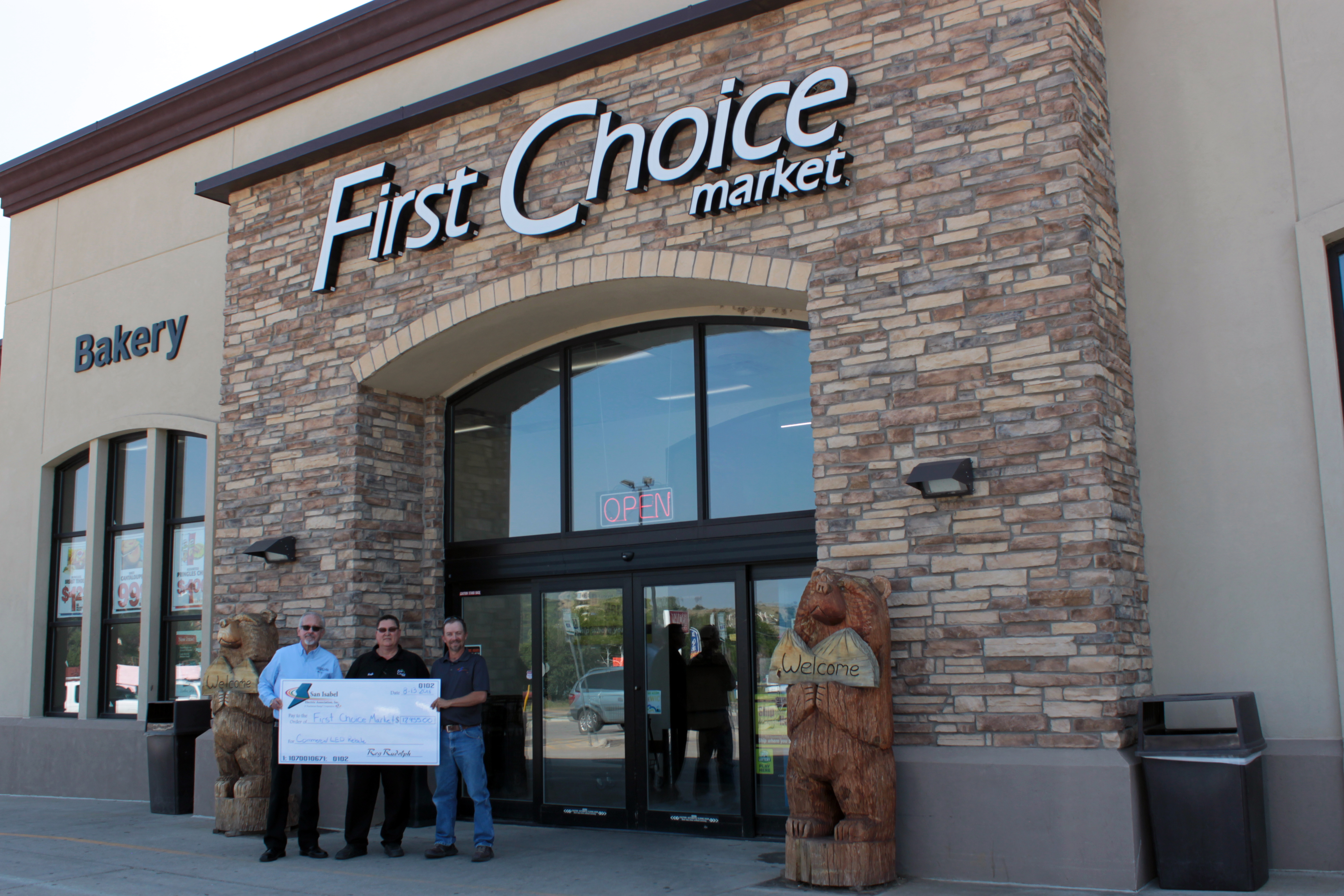 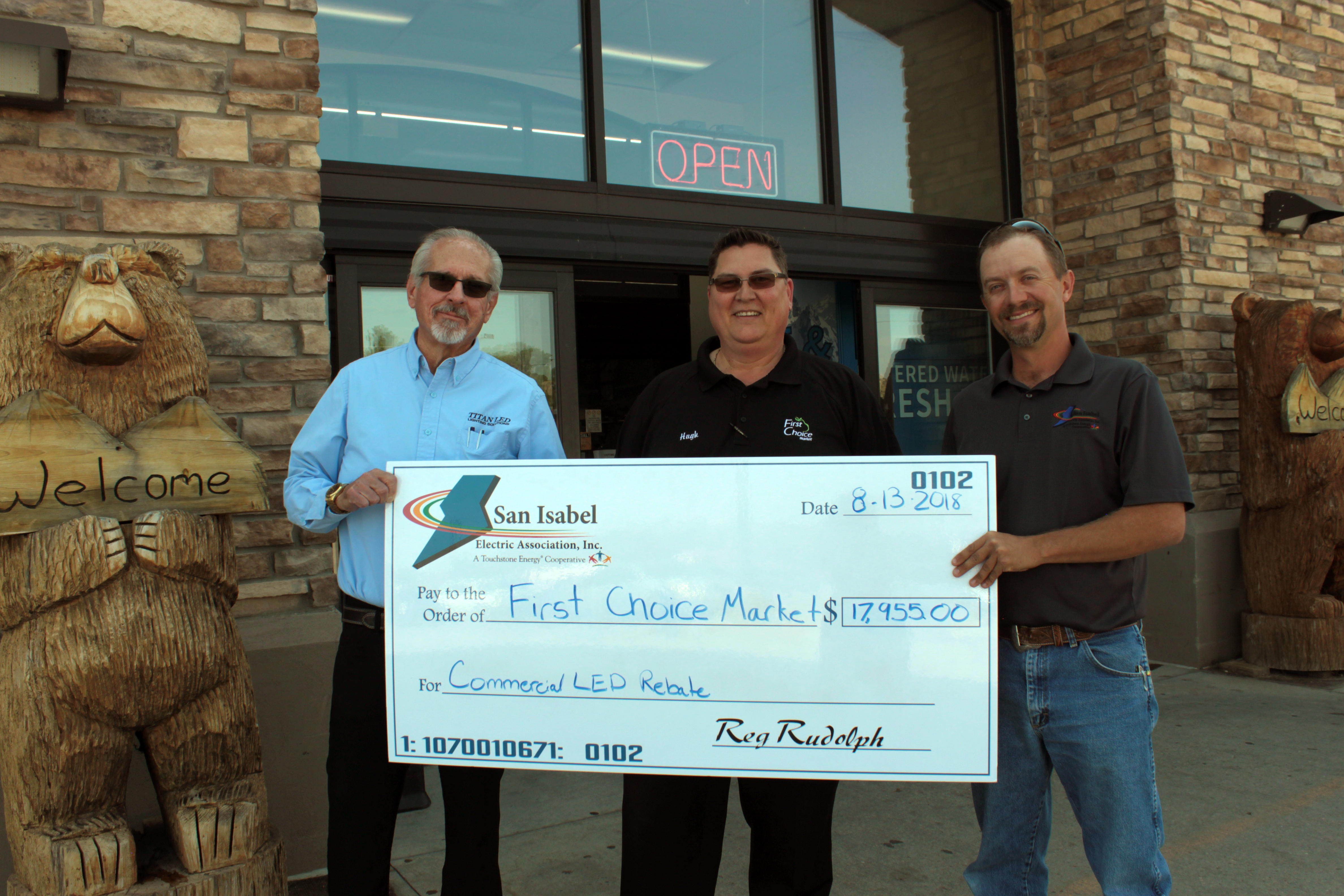 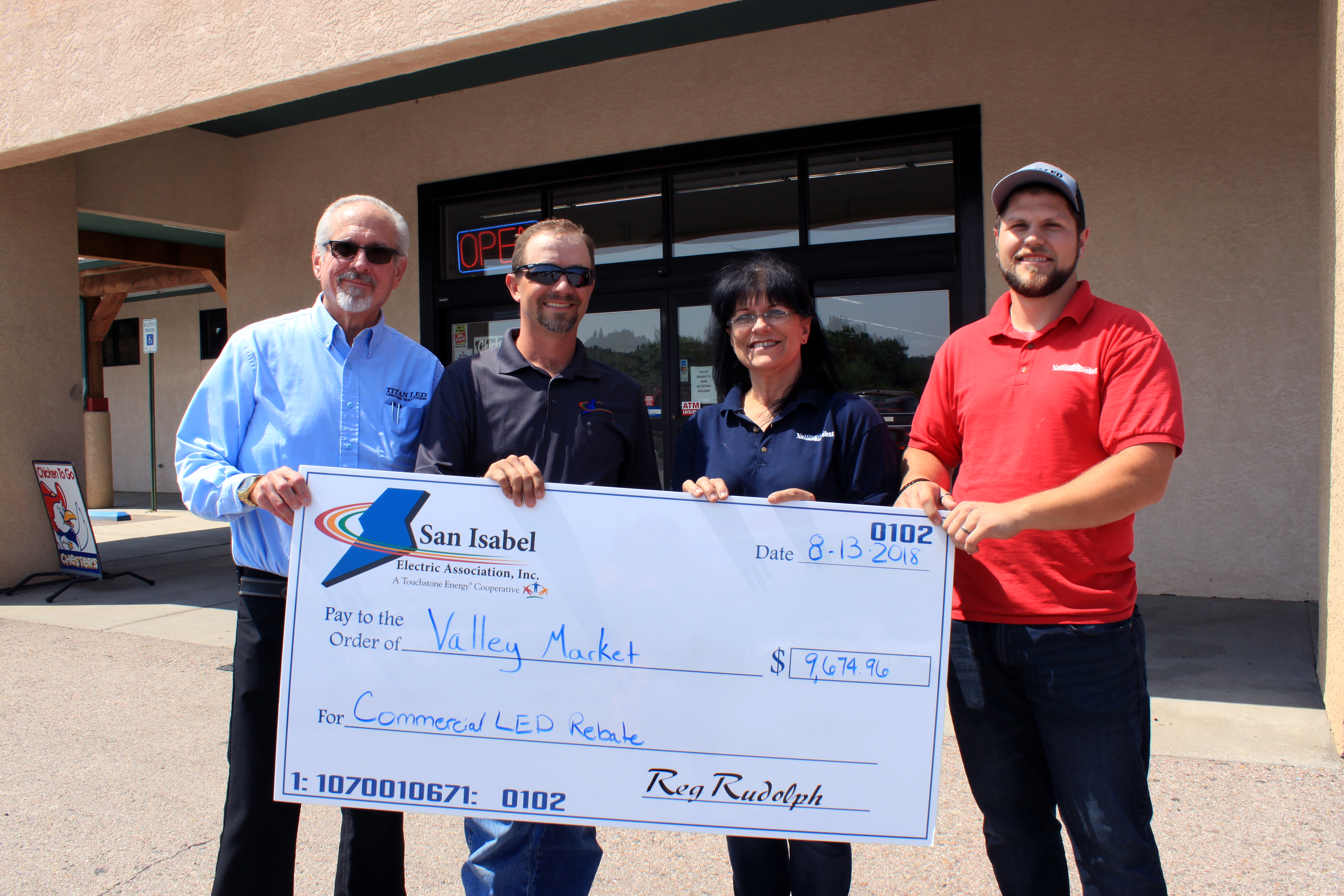 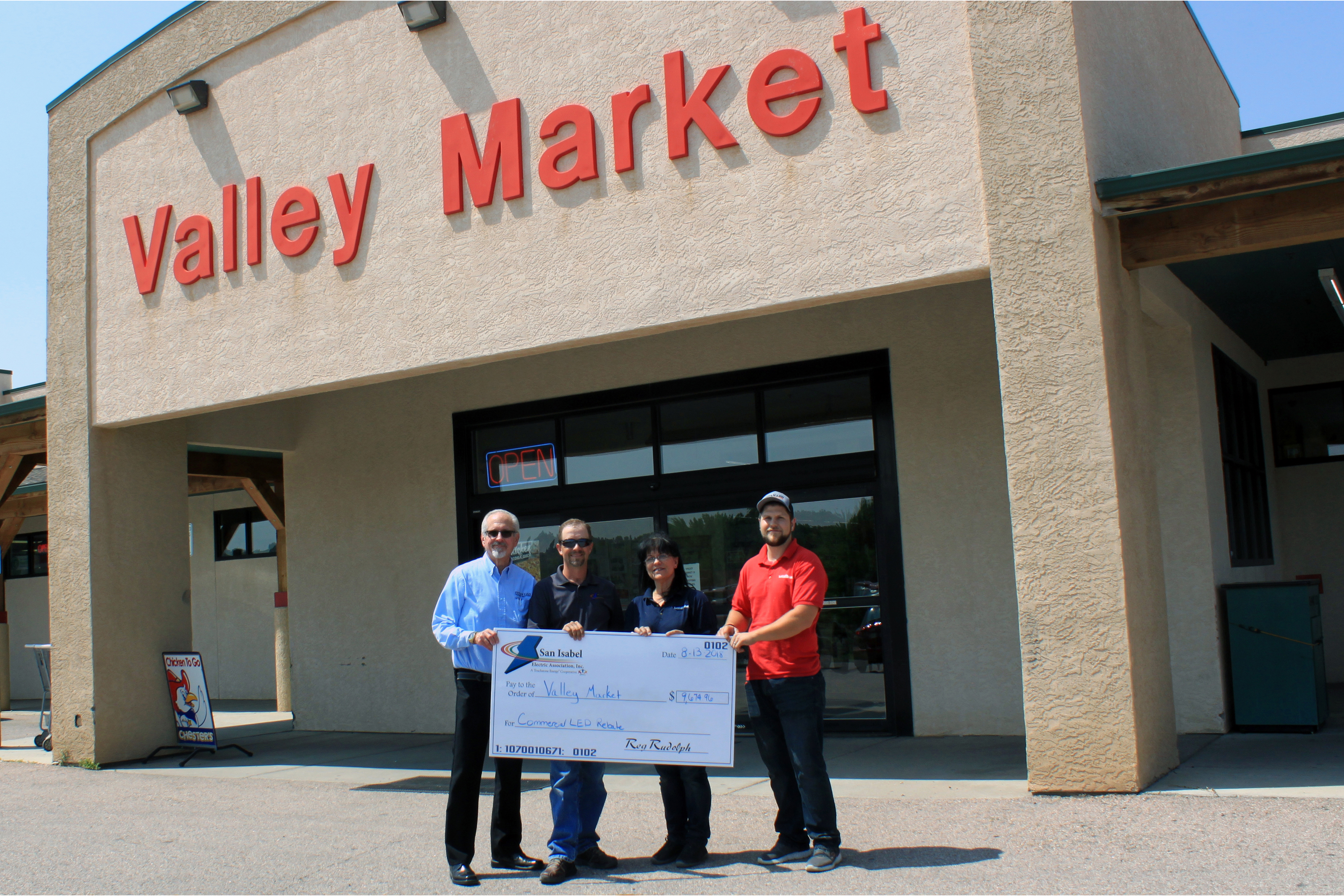 The grocers’ faces lit up when they spoke about how the upgrades and rebates helped them serve their communities.

“It took us from LED being a good idea to a great idea because we were able to receive that rebate back from San Isabel and utilized that in other areas for other things,” said First Choice Market Owner Hugh Brown as he passionately spoke about the importance to the community for him to have a sustainable business plan.

“Everything has a cost and if our lights cost a lot less we can keep our prices low to match the needs of the community,” Valley Market Assistant Manager Levi Swartwood said.

“These bulbs that we were using went out all the time and they were so expensive. To have LED put in place of the old-fashioned light bulbs is saving us a lot of money on our electric bills, plus the lighting on the product is a lot better,” added Valley Market Co-owner Cindy Swartwood.

The grocers both worked with San Isabel Electric and Titan LED. Titan LED is an American-based lighting manufacturer which retrofitted each store with customized lighting to meet their individual needs.

“We are an American based manufacturer. We make our products in America by Americans! Nobody in the world produces more light per watt per LED than us. Our LED’s last years longer and are more durable. We lead the industry worldwide on that. We can save our clients tremendous amounts on their electricity and maintenance.” Titan LED Regional Sales Manager Steve Hodges said.

“We’re extremely proud to take care of our local grocery stores. I’m a San Isabel member myself. I live in Rye and to be able to share and show other customers what we can do, we are extremely excited to do that,” Hodges said.

In October 2017, Titan LED upgraded more than 450 light fixtures to LED at First Choice Market in Walsenburg, which earned owner Hugh Brown a $17,955 rebate, an average of $950 monthly savings on his electric bill this spring and increased the lifespan of the lights nearly eight times.

San Isabel Electric and Titan LED helped Colorado City’s Valley Grocery switch to LED’s in March 2018. The project earned Swartwood a $9,674.96 rebate and produced about an average monthly savings of nearly $650 in the first three months after the upgrade. The project is also anticipated to octuple the lifespan of their lighting system which is also saving hundreds of dollars a month in replacement bulbs and ballasts.

Energy savings vary and are dependent on building specifications, scope of the project, energy usage and other factors.

San Isabel Electric commercial members can earn up to $22,000 per project per year through the co-ops pre-approved lighting rebate program.

Rebate forms and paperwork are all completed by the contractor and San Isabel Electric to ensure members are taking advantage of all available rebates and to guarantee members get rebate checks in a timely manner.

More information about San Isabel Electric’s lighting rebate program and other rebates can be found online at www.siea.com/rebates. Members can also call the electric co-ops Energy Services Department at 719-647-6242, email Jack Snell at jack.snell@wordpress-666784-2187745.cloudwaysapps.com or email Benji Clementi at benji.clementi@wordpress-666784-2187745.cloudwaysapps.com.

Consumers who are not members of San Isabel Electric should contact their utility for more information about their utility’s LED rebate programs.

To learn more about how an LED upgrade project could impact your business contact Titan LED for a free energy audit by Steve Hodges at 719-680-6931 or steve.hodges@titanledus.com